WHEN the Golden Shot programme goes out from ATV on Sunday afternoons, the heat produced in Studio 1, from lights alone, is 230 kW.

Looked at in another way, it is rather like having 115 two-bar electric fires between ten and 15ft. above floor level and most of them directed downwards at the unprotected heads of actors, commentators, cameramen and the host of people essential to the production of most television programmes.

To deal efficiently with so much excess heat in a relatively small space requires an enormous quantity of cool air — 72 tons of it, blown every hour into Studio 1.

The movement of so much air in a television studio creates its own problems for the air-conditioning engineer.

For obvious reasons, normally tolerated noise-levels are quite unacceptable. There must be no sound in excess of a level defined as “about half-way between the threshold of hearing and a soft whisper.” which is pretty quiet.

Another quite important point is the avoidance of draughts. These may be distinctly uncomfortable to people; they can be disastrous to such things as papers and flimsy draperies. To complicate matters further, the air cannot be introduced into the studio lower than 30 feet above floor level otherwise the inlet points would seriously interfere with the movement of lights, overhead cameras and microphones.

Nor can the air be introduced from the perimeter for each studio has a cyclorama — a 27ft. deep curtain covering virtually all the walls, but suspended away from the walls.

Thirty feet above the studio floor is the “grid” from where various lights, microphones and cameras are controlled.

Above the grid are the main air ducts to the studio and from them diffusers “jet” air through the layer of heat built up by the lights, to the working area below. To avoid draughts, the velocity of the air and the spread of the diffusers is critical indeed.

People actually working on the grid get the full force of the heat generated by the lights below so there are separate diffusers supplying cool air to the grid area alone.

Without cooling, the temperature on the studio floor would rise into the 90s and on the grid it would exceed 100deg.F.

All four studios at the new Paradise Centre are air-conditioned as is the Technical Block. The temperature will be automatically controlled at 72deg.F which requires the provision of no less than 265 tons (about 9m cu ft) of cool, clean, quiet and controlled air every hour.

A complex control system enables the entire plant to be controlled from a central panel, but each of the three large studios has its own control panel which can override the central system and, for instance, divert air from any particular part of the studio where it might disturb delicate scenery.

Also incorporated in these studio panels are facilities for diverting extra quantities of air to the lighting grid should this be required.00 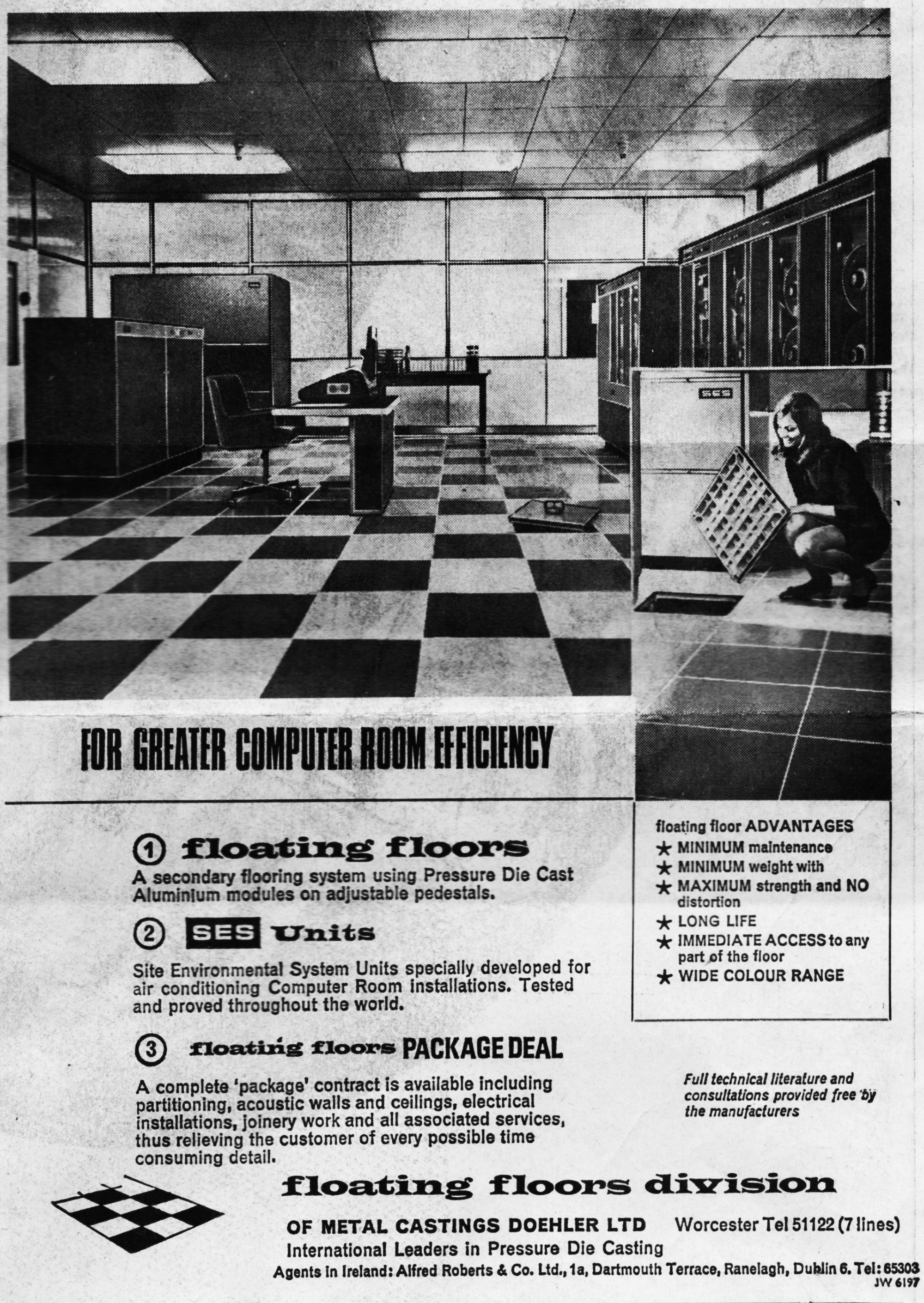