PRINCESS ALEXANDRA will today see one of the world’s most up-to-date television studio complexes when she formally opens Birmingham’s ATV Centre.

The new Centre — part of a £15m entertainments project on the site of a former cinema and car park off Broad Street — marks a new phase in the development of the Midlands commercial company which first went on the air on February 17, 1956.

It represents, too, something of a new era in the history of British television — for the Centre has been purpose-built for colour.

The cost of equipping for colour has been around £3m — half the total cost of the Centre.

The first transmission from ATV Centre last September marked the end of two years of planning, building work and installation.

The first “live” programme went on the air the following month. It was an eight-minute news bulletin followed by ATV Today, the half-hour news and current affairs presentation.

The Centre has three main studios providing a total of 11,000 sq. ft. of studio space. This compares with 4,500 sq. ft. at the company’s old Alpha Studios in Aston, which were converted from a former cinema.

With the studios are all the ancillary departments needed for modern television production.

The wardrobe department has a wide variety of costumes, from period dresses to the latest “mod” gear.

In the make-up department is a trained staff skilled in the specialised art of making-up necessary for the critical eye of the colour cameras.

The new Centre is the operations headquarters for the whole ATV network. Previously the master control room was in London and most programmes were directed through this.

Now all televised material goes through the ATV Centre. Even “canned” material like the Tom Jones and Englebert Humperdinck spectaculars are brought up the M1 from ATV’s studios at Elstree, Herts., before they go on the air.

The two great assets of the new Centre are production space and colour capability.

ATV is received by an estimated 2,580,000 homes in the Midlands. And the number of colour sets, although small at present, is rising at a significant rate.

The extra space may mean extra Midlands production. ATV general manager in the Midlands, Mr. Leonard Mathews, has said he would like to see an expansion, particularly in the field of light entertainment.

The new TV Centre was first priority for the planners of this multi-million pound project. The deadline had to be before the switch-over to colour on ITV and BBC1 625-line transmission in late 1969. 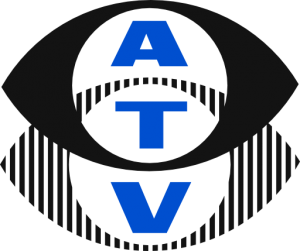 In the plans were, besides the three main studios, a small presentation studio (the studio where the ATV announcer sits), viewing and dubbing facilities, rehearsal and dressing rooms, a base for outside broadcast units, wardrobe scenery design and construction areas and a modern canteen.

Through the ITV network. Eurovision and satellite links, important programmes in colour would be available through the Centre to and from the world.

Birmingham City Council offered the central site and co-operated with Bentray Investments Ltd., the property company within the ATV group which is responsible for the project.

Planning for the new Centre began before the new TV contracts were awarded by the ITA in 1968.

The directors of ATV had decided that a new, larger TV headquarters was needed for a seven-day contract in view of the limited facilities at Aston: and the ITA wanted to see the programme contractor in a new home to give the best possible service.

Building work was carried out quickly. In October, 1968, the new Centre was still a hole in the ground; in October, 1969, many of the staff had moved in and live programmes were going out.

The move from Alpha Studios and the ATV offices in Edmund Street, Birmingham, took some time and the arrangements were made by a specially set up co-ordinating committee.

At this time the name of the new headquarters was Paradise Centre, named after Paradise Circus, the site of the project.

But the company’s managing director, Sir Lew Grade, decided that a new name was needed. He launched a competition, with a £250 prize and entries poured in.

The winner was a public relations officer at ATV , who was the only person to suggest the simplest name of all — ATV Centre.

The move to the new Centre is still not complete, It will be a further 18 months before all the administrative staff take over new offices and leave Edmund Street.

But already Birmingham can boast an ultra-modern TV centre right in the heart of the city.