INDEPENDENT television came to the Midlands on February 17, 1956. It was launched by a massive gala ball at Birmingham Town Hall and speeches by civic heads and the then chairman of the ITA, Sir Kenneth Clark.

On that first night an estimated 1,500,000 viewers watched the first evening of ITV in the Midlands.

The big switch-on was at 7.45 p.m., when announcer Leslie Mitchell — the man who launched BBC television in 1936 — introduced speakers at an opening ceremony in Birmingham Town Hall.

One of the highlights of the first night was a variety show with, as its stars, Barbara Lyon, Bob Monkhouse and Richard Hearne (“Mr. Pastry”).

There was a special edition of Independent Television News, followed by boxing from The Embassy, Sparkbrook.

Robin Hood made an appearance on that first night and so did Lucille Ball in one of the I Love Lucy series.

In those early days of independent television in the Midlands two companies had contracts to provide the area with programmes — ATV and ABC Television Ltd.

ATV held the contract to transmit programmes from Monday to Friday and ABC had the weekend Midlands programme contract.

When these contracts were issued in late 1955 there was little time to find and organise studios to meet an opening date for the Midland transmitter at Lichfield, which had been scheduled for February 17.

Both companies set out to find studios, but it soon became clear that time would be saved if the two operated on a joint basis and looked for a single site. As the companies were not in any way in competition this was obviously the best arrangement at the time.

The name of the joint company set up to organise supplies, offices and staff throughout the seven days was Alpha Television Services (Birmingham) Ltd.

From this point the Alpha Studios — a former cinema in Aston — occupied a key position in the ITV network.

When Sir Robert Fraser, Director-General of the Independent Television Authority, came to review independent television in the Midlands some years later, he wrote: “The Alpha Television Studios have from the beginning been a centre of professional skill, of television craft. From the floors and through the controls, from the planners, the producers and the crews have come good television programmes, both bright and thoughtful, some heading for the network, some building a link between all those who live in the Midlands and between them and Independent Television.”

Today the Alpha Studios are an empty shell. And ABC Television is no more.

When the contract period ended ATV applied for, and was awarded, a seven-day contract for the Midlands.

But many people will remember Alpha and the programmes produced there by ATV in those earlier days.

There was Lunch Box, a departure in outside broadcasts — a variety show taken to the people. Star of this mid-day show was Noele Gordon, known to millions now for her role as Meg Richardson in Crossroads.

The programme pioneered the way for television at this time of day.

There was Godfrey Winn, the Birmingham-born columnist, in his series Godfrey Winn Speaking Personally. His approach to viewers’ personal problems brought a flood of letters into the studios each week.

Then there was Dotto, a popular quiz programme played out before invited audiences in the theatre at the Aston studios.

Midland Montage, produced by Kit Plant, brought a host of personalities to the studio each week. Items were introduced by Leslie Dunn and Pat Astley also made frequent contributions.

In those early days the Midland news was read by a woman, Patricia Cox. One of ATV’s most popular announcers was another woman, Jean Morton.

For the children there was Gerald Cuff, as The Bosun, introducing a mixture of cartoons and fascinating facts about the seafaring way of life.

There were many more, too. One of the last to come out of Alpha was The Golden Shot, a new-style show which quickly went to the top of the audience ratings. This programme was transferred to the new ATV Centre, where it is now in colour.

ATV, of course, has another production centre — the company’s massive Elstree studios in Hertfordshire.

From here came one of the most popular series of all time: Emergency — Ward Ten, the hospital drama which was followed avidly by millions throughout the country.

Other series from Elstree have been, The Plane Makers, The Power Game, Sergeant Cork, The Crime Busters, Fraud Squad — which went to the top of the ratings in its first week — Love Story and Who Dun It? 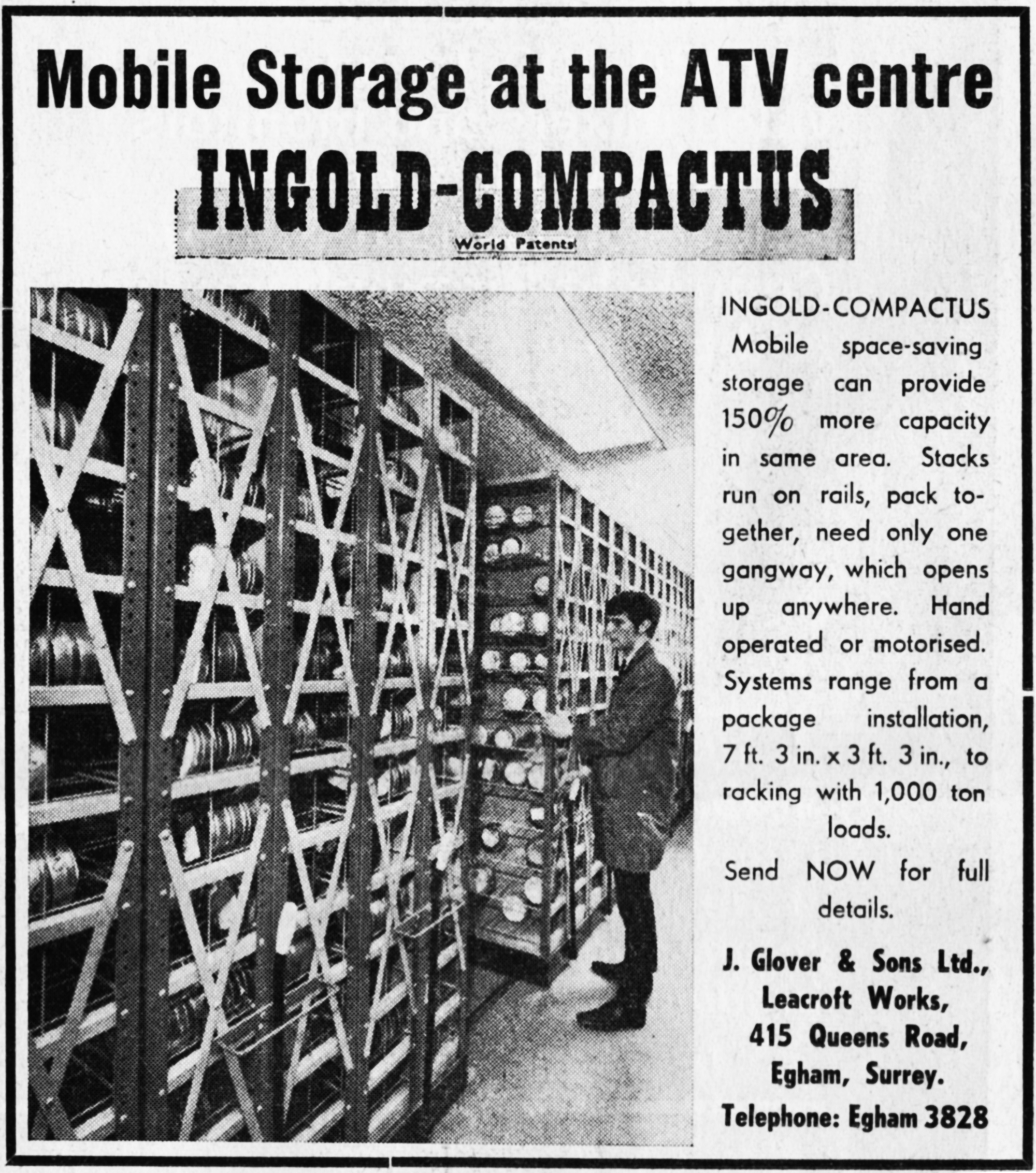